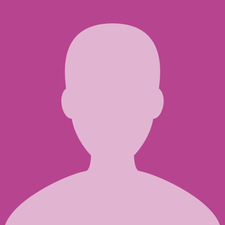 I’m having multiple problems with my machine after upgraded to screw drive.

1- Axis-Y left side and right side were moving to opposite directions, did try the fix changing the other to S0 and S1 respectively but didn’t help. So for curiosity took the cable from the right side and reversed the connector and worked perfectly. Weird?

2- When I try to jog Axis-X, it moves maybe maximum 10cm from home and then it gives me the Outside Machine Limits Error, Axis Y and Z I can jog them normally. Saw the solution posted already, but the suggested solution is regarding a job, I’m just trying to jog the machine.

3- When homing the machine Axis X and Z moves accordingly (to home) but Axis-Y moves forward (away from home), and it doesn’t help if change to S0 or S1, it always goes forward for homing.

Is this a worthwhile discussion?

Filter by:
Most Helpful Newest Oldest

Thanks for your question.

Update as per an all screw drive machine, and that should sort out everything ready for your new setup.

Hello Robert, thanks for your answer.

I’ve done this already and nope, no cookie. I will try again just to double check that I did everything right, and will confirm if it did help or not.

If your y-axis motors are moving in different directions, that does indicate to me that it is still configured as a belt drive machine.

Can you send a picture of what it looks like inside File Management > System?

All on Settings > Machine Specific, what version does it give for RepRapFirmware?

For some reason can’t answer your question, can’t see my post!

Anyway. So I'm attaching a picture of my File Management as you suggested and the RepRapFirmaware it says: Firmware: RepRapFirmware for Duet 2 WiFi/Ethernet 3.3 (2021-06-15).

Did try the Update again and the Axis-Y homing problem is solved (sort of), but I still get some errors.

For example, Axis-X if I jog it to one direction (say left), it will go like say 4-5 times then the following goes Right, and then after that might still go Left again, completely random movement. Also I get this “sometimes”: Warning: motor phase B may be disconneted reported by driver(s) 0.

With Axis-Y theres is a similar problem, when jogging it, both drivers might move same direction, but then they might go opposite directions and then same direction again, complety random.

When homing all axis moves as it should (but it depends on the last movement, if the last movement was in a wrong direction then the specific Axis will home to the opposite direction. Axis-Z seems not to have any probem (I think)

Thanks for your message.

It now sounds like a wiring issue. The “Warning: motor phase B may be disconnected reported by driver(s) 0.“ would indicate this.

On the Duet side of the wire, do the white connectors look burnt at all?

In addition, are the cooling fans blowing air in the direction of the controller?

The weird part is that, if is the cable broken/shorted or anything why still works? And why the directions randomly is changing? And yes one of the connectors looks weird, maybe burn, but still working nevertheless. And if the cable of Axis Y why Axis X is affected?

Fans are working fine. Do you think that it could be actually the board?

So, got a bit frustrated last night and re-wired the whole machine again. Definitely there was something going on with the cable(s), IMO I think was more related to those little terminals being loose more than being burned.

The machine seems to be working fine, after testing it for a good while I can say that there’s no problem for now.

So to be extra sure, went ahead and ordered new cables and few other spare parts just to future proof it.

Thanks for your time and help.

Thanks for your email, great to hear you got it sorted.

Any further issues let me know.

Just a quick note, a bit of general knowledge: